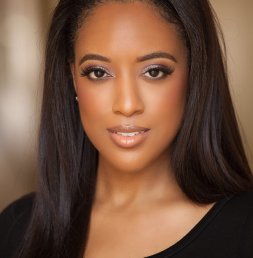 Cortni J delivered exactly what we were looking for ahead of time and on budget! Thank you!

Voice quality is amazing...so professional but warm and inviting. Perfect!

Over the past 12 years, I have developed my media skills in several key areas. I consider myself an expert in the area of audio editing, production and character acting. I have many different accents including upper class British, Southern US, Urban USA – southern & Northern, French English accent, Spanish English accent and more! I am also college educated as I have earned a BA in Journalism and a MBA.

I can provide same day service and am well versed on Cool Edit, Adobe Audition, Pro Tools, Sonar and Logic. I have a top notch recording facility that produces industry standard sound quality. My studio set up includes an AKG C-414 XL II Mic, DBX 786 Channel Strip Preamp, MBox Mini interface, ProTools 8, Logic 9, Waves Mercury Bundle and more and I am a regular at many source-connect/ISDN recording studios in the Los Angeles area.

I am an award winning voice talent and have done commercial VO projects for many well-known brands such as Mcdonalds, Linkedin and more!

Let me know if you would like to add me to your team!