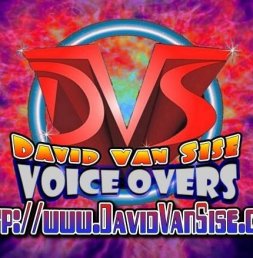 DVS
I am a character with a Normal voice, an Hard sales voice, and a Calm Reflective voice. I can do almost anything.

David G. Van Sise Bio
Written by David G. Van Sise – 06/29/2016
Born in White Plains New York in 1959, I have always wanted to perform. At an early age in 1st grade I had the lead in a school musical production, where I Sang “Mr. Rabbit”. After that in Middle school did a couple of Talent shows doing a unique syncapated dance of sorts to a couple of songs recorded by Electronic Moog masters, “Perry and Kingsley”. Having taken even 3rd place was a grande success.
By High school in Dover Plains New York, I Joined a high school friends Band. I had the desrire to sing lead, so I did so. Then by 12th grade performed as “Jud Fry” in the high schools redition of “Oklahoma”. What a thrill, I recieved a standing ovation on the second and third nights of the 3 night perfromances. Now I was really getting the acting bug. Even after seeing with a class trip to New York City to see “The King and I” with Yul Brenner. WOW! That just made me dying to act. But connections were null and void. I didn’t know where to start.
After high school I competed and won the Dutchess County talent awards as well as state. From there I met a girl, and got married in 1980 and we still are to this day. So my priorities changed to getting a good paying job, raising a family and taking care of their needs first. Having mastered a trade of low voltage wiring/central vacuum systems/alarm systems/and Intercomms. I was always known for my punctuality as well.
Through those years from 1980-2012, I joined and then headed my own classic rock band called “DVS the Band”. Gigs were tough for little money. But I did it because I love to entertain. Then having met Debra Sosa and Mark Montelesse from CVF productions in Clearwater, Fl. in 2012, started my road to being a Voice actor/artist. With great tenacity, I did commercials for CVF Productions, through Bright house networks and all my internet contacts, wich spilled over to International clients in Serbia, Switzerland, the U.K.,and Austrailia.
Now while doing the voiceover profession, using the internet to it’s full as far as I could, I had been recognized as an internet award winning singer/songwriter in 2016, For my song: “Just a Little bit Crazy”. Videos from “DVS the Band” are on youtube still today of my personally written tunes.
Now my buddy George Lee and I, write songs together and apart, and I record all the parts including all vocal harmonies and instrumentation in my home studio. George Writes and plays Bass and some lead. Currently The Band named “Skydogs 25” is my latest endeavor, and the first Album “Taking Flight” is now on iTunes, Iheartradio, spotify, Reverbnation.com, and many others. I plan on doing what I’ve wanted to all my life. Act, Model, and who knows what else. I am ready willing and able!