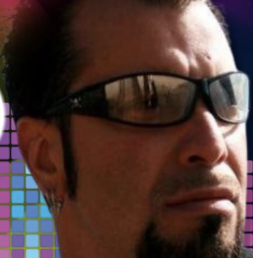 I am a professional voice actor / film actor that has many credits for TV, Radio, Podcasts, Live Performance and for many other outlets. I am interested in speaking with you to see if I can assist you in any project that you may need.
Please feel free to listen to my commercial demo. I also have a movie trailer demo available upon your request.
Many current and former clients include GE, Chevy, Deloitte US and abroad, Ticketmaster, Twitter and many more, including voicemail, IVR phone systems.
I look forward to discussing with you all of the possibilities of what I am confidant, that I can do for you. I bring many talents and skills to the table and am sure together, that we can make a project shine!

Over 10 years as a professional voice over artist and actor

Special Announcements that include birthday’s, weddings, engagements, business presentations and others

Mobil apps and games
Most projects are done within 24 hours with a fast and accurate turnaround.

Don has done a variety of projects utilizing his voice in many styles and forums. Some of his clients include General Electric (GE), Chevrolet, Deloitte, The Penthouse Club, Let’s Get It On Promotions, NWL Corp., Time Warner and many others.
Some of these projects include and are not limited to Corporate Training, Video Voice-Overs, Safety Video’s, Narration, Promo’s, Radio Commercials, Radio Imaging, Internet Video’s, E-Learning, Audio Books, Tutorials, Television, Pro Boxing, Pro Mixed Martial Arts, Pro Wrestling, College Basketball, Semi-Pro Football, IVR Prompt’s, On-Hold Messaging and more.

PERFORMANCE CAPABILITIES
Don has done a wide variety of jobs that include but is not limited to: Talking Toys, Animation, Characters, Super Hero’s, Explainer Videos, Public Speaking, Medical, Mobil App, Gaming, Telephone Prompts and others.

Don’s voice has been described by some as powerful, resonant, distinguished, deep, rough, edgy, energetic, relaxed, believable, approachable, sexy, announcer ish if needed but conversational when the project calls for it.

Don’s delivery is clearly understandable and believable – said by his most recent client.