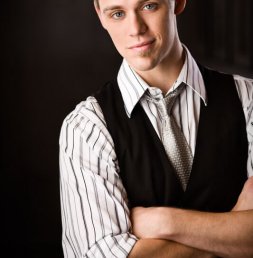 It not his fault that my voice over got held up, my email landed on the junk file. But I am happy with the voice over. Thank you.

I am very happy with the response time. Hope to do more jobs with him in the future. Fred

Jason Kappus
From smooth to edgy, casual to inspirational, I'm your guy.

Whether you need cool and casual or hip and energetic … Voice of God or voice of guy next door … Jason Kappus has a strong natural deep engaging tone that can excite or soothe, intimidate or encourage. His clients have described his voice as AUTHENTIC – BOLD – CLASSY – FRIENDLY – GENUINE – PROFESSIONAL – NATURAL – WARM // Jason is also often asked for that tough gritty gravelly manly sound everybody loves. Or if you’re looking for Regular Joe – Jason has that conversational easygoing everyman voice that draws customers in with its trustworthy and comforting tone.

or just a — FRESH UNIQUE SOUND — to make your always busy target demographic STOP and LISTEN for a minute, Jason can deliver what you’re looking for!

~~~CHECK OUT SOME OF JASON’S WORK AT WWW.YOUTUBE.COM/JPKAPPUS~~~

Around here, “Same Day is the Only Way” so if you need a quick turnaround, you’re in the right place.

You can connect with Jason for a directed session in just about any way you can think of: SourceConnect (Standard or NOW), ipDTL, ye olde Cellular Telephone, even via an ISDN bridge through SourceConnect. Or just send the script, and Jason will have a finished product back to you before you know it!
CLIENTS INCLUDE:
Nike
Infiniti
DISH
Optimum
UFC
Valvoline (2016 American Advertising Awards Silver Medal)
Texas Tech
PING
VidAngel
Las Vegas Convention and Visitors Authority (National)
Clarion Hotels
Hyatt
Raymond Lift Trucks (voice of)
Kwikset
Wolverine
Athletes Saving Athletes
Avasis
EasternTV
Iconic CNC
Par-A-Dice Casino
Southern Nevada Water Association
Tribe Pictures
…and many more!