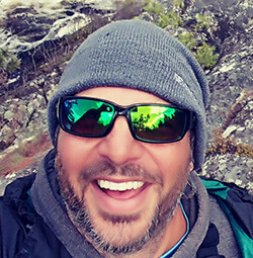 MikeRoweISH
A versatile, passionate VO pro with a fast turnaround that's easy to work with

Wondering who has hired this voice over professional? John is the 2017 voice of the Baltimore Ravens, narrator of the Justice Network’s national docu-series “Inside The Mind Of A Serial Killer” and World Fishing Network’s (WFN) “Florida Sportsman Project Dreamboat”

-A versatile, passionate VO pro with a fast turnaround that’s easy to work with

“Justice Network used the service Voice123.com to cast a redub of a television series “Inside the Mind of a Serial Killer.” Our team agreed that John Klug was the best voice for the project. He nailed tone and style based solely on script alone”
— JP Crum | Producer, Writer, Editor | Justice Network
“A boating enthusiast himself, John is a pleasure to work with. His sound is dynamic and offers the professional touch we needed to round off our production”
— Christopher Collins | Co-founder | Deep See Visuals
“After listening to 12 different VO artists and narrowing it down to 4, our staff unanimously chose JOHN KLUG to be our new voiceover talent. I think it is broadcast material with a slight edge. Exactly what we wanted!”
— DeAnna Miller, Producer (FOX24 Charleston, SC)
“There are few “voices” that truly stand out, engage and resonate with our clients audiences… John Klug’s is one of them. His innate talent, professionalism and willingness to meet our objectives, deadlines & budget is unparalleled”
— Roger Williamson, Executive Producer (RCW Communications Group, Inc)
“John is able to interpret a read in such a way that it doesn’t sound like he’s reading copy. He understands subtly, pacing, emphasis and even theater. When you take these qualities and add in the wonderful quality of his voice, it adds up to a very special talent”
— Jefferson Ward (General Manager, WZBA Baltimore)
“In a voiceover desert filled with egocentric pukers, John Klug is an oasis. He has a wonderfully warm, natural, totally genuine voice that oozes credibility. He’s also quite versatile. And you simply will not find anyone easier to work with. No, he didn’t pay me to write this … although I wish he had”
— Harvey Kojan (Former Radio & Records Editor)
“A lovable friend who I have fond memories of blowing up the microwave with…

Ok, here’s the real quote; Klug = Killer Production. He’s a super nice guy”
— Paula Sangeleer (Mornings – Eagle 97.7 Delaware)
“The size of John Klug’s voice is matched only by his shoes. Here’s a serious one: We use Klug anytime we’re trying to evoke credibility, expertise, and authority – his deep voice is a perfect fit”
— Duane Carey (President, IMPACT Marketing & PR – Columbia, MD)
“Awesome voiceovers that command attention, but don’t sound like you’ve already heard them on a hundred other stations! Klug is the real deal, and we use him extensively! Nobody does “attitude” more perfectly!”
— Cruze (President, RFC Media)
“Just hand him the keys and he’ll create your marketing sound! Whether simple or complex; funny or serious; loud or soft; he knows how to mastermind it all from beginning to end. At the very start, you’ll see he’s simply a great guy. At the end, you’ll hear how he just produced for you a great product”
— Brent Evans (President, Clean-A-Tank)
“John Klug not only has the pipes but understands the client’s needs. He can deliver the message that gets people to take action. His imaging work was really on point with our listeners and just the right personality we were going for”
— Jay Sterin (Vice President, Triton Digital Media)